Posted on December 1, 2013 by Daniel McFadin

Lucas Oil Stadium the day of the Colts’ season opener vs Oakland.

I had the chance to take in my first Indianapolis Colts’ game this year when I went     to the Colts Week 1 game vs  Oakland.

Me posing with two people are bigger fans of the Colts than I could ever be of anything. Yes, I’m wearing a Dallas Cowboys hat. 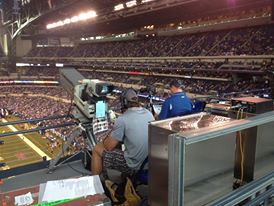 A CBS camera located above the north endzone. 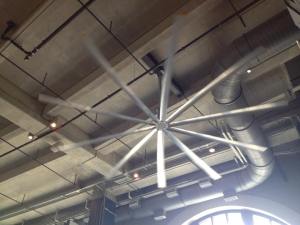 Nothing to see here except a giant fan. 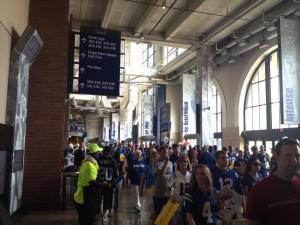 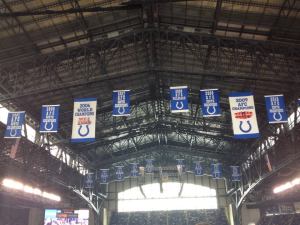 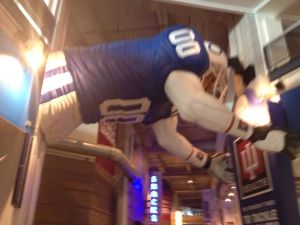 NASCAR writer for NBCSports.com. Former Sporting News intern. Graduated from IUPUI in Indianapolis with a master in sports journalism in 2014 and from Arkansas State University in 2013 with a degree in Journalism. Originally from Lewisville, Texas, now in Fort Worth. Ask me if I like Star Wars. I dare you.
View all posts by Daniel McFadin →
Gallery | This entry was posted in Colts, Indianapolis. Bookmark the permalink.